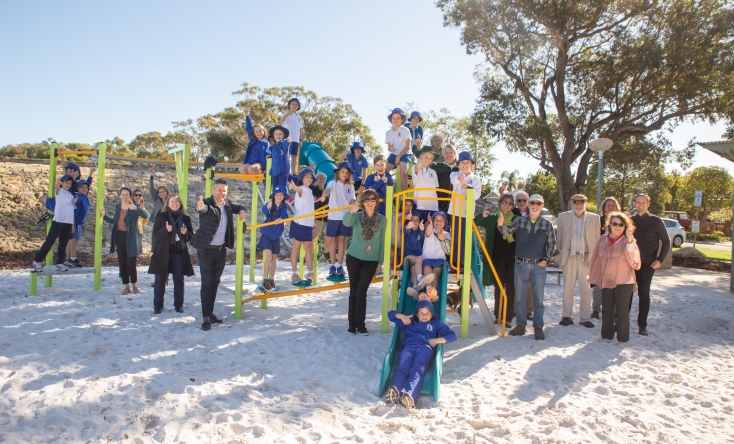 "On a brilliantly sunny and warm afternoon, the play space was ‘officially’ opened on July 2nd. Those attending included students from East Fremantle Primary who were creatively involved in the consultations to design the new play space, local users of the play space and other local residents, Fremantle staff involved in the design and construction of the play space, and Mayor Brad Pettitt and four Councillors. Speeches were short and group photos should show what a happy event it was." - Gibson Park Precinct

The City would also like to thank the Gibson Park precinct group for their ongoing commitment to this project, delivered as part of the City's play space renewal project. Read the full article here.