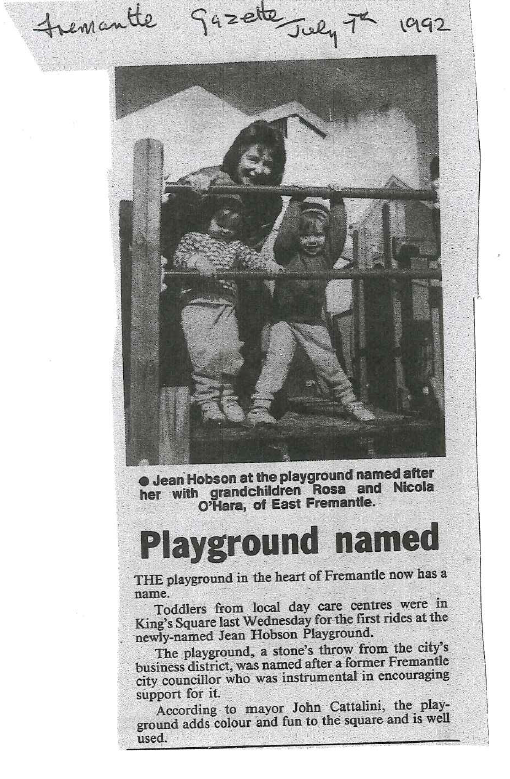 The current playground in Kings Square is named after prominent local identity and former Fremantle Deputy Mayor Jean Hobson. Jean was instrumental in encouraging other Councillors of the day to support the playground. We were delighted to meet her recently and learn more about the back story to the Kings Square playground. See the original press clipping from its naming 1992.