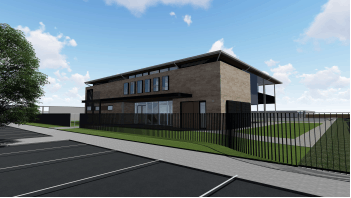 What's the background to the project?

A Strategic Recreation Needs Assessment was commissioned by the City of Fremantle in 2011. The report recommended the City support local clubs to merge to increase memberships and reduce operational costs. This also benefits the City as it reduces the cost of maintaining facilities.
The Fremantle Bowling Club and Fremantle Tennis Club investigated this idea and completed a study to determine if there was greater cost benefit in upgrading and maintaining their existing buildings or developing a new shared club house. In 2013, it was determined that a new shared club house would provide greater benefit to the clubs.
The Fremantle Workers and Social Club become a financial partner in 2014 as they could see the benefits that a shared facility could provide all three clubs as well as the community.
top of the page

What's planned for the rest of Fremantle Park?

The Community Facilities Plan: Future Directions 2036 identifies Fremantle Park as an area to develop as a key sporting precinct which is to include Fremantle Leisure Centre, Fremantle Sport and Community Centre and Fremantle Park. As a sporting precinct, the masterplan will maximise opportunities for traditional, emerging and informal sport and recreation. The report also recommends the  Fremantle Leisure Centre be redeveloped, by increasing the built area and footprint of the site to more adequately meet current and future needs.The construction of the Fremantle Sport and Community Centre is the first phase of a large project. This phase will be contained within the existing boundaries of the tennis and bowling club and as such the infrastructure outside of this boundary will remain.
top of the page

What's the estimated cost of the project? How will it be funded?

Who will be able to use the facility?

The facility has been designed to maximise community use and allow several groups to use the facility at any time.

The public spaces such as the cafe and alfresco area will be open to public during the opening hours and the indoor function rooms will be available for hire to community groups and for private functions.

The sport areas will be available to those with a club membership and also through casual hire.

Will the facility be accessible?

The facility will be built built to all relevant Australian Standards and will have accessible toilets on both levels.
top of the page

What about car parking?

There will be a new car park on Parry Street managed by the City of Fremantle. It will be available for both public and club use.
The car park is currently being designed and is estimated to cost $300,000. It will be a standalone project from a budget perspective, but included in the tender as one package along with the construction of the sport and community centre.
top of the page

Who will manage the facility once it is up and running?

The facility will be privately managed by an individual or organisation that will be appointed by the board of the Fremantle Sport and Community Centre.

The Fremantle Sport and Community Centre Board of Management will include two nominees from each of the founding clubs and three independent individuals, selected through an open process and on the basis of professional skills (business acumen, financial management, risk management etc).

Do the existing bowling club and tennis club buildings on Fremantle Park have any heritage significance?

The buildings are not listed, however the reserve is.  Fremantle Park was included on state heritage list in 2008 as a place of cultural heritage significance.

The Fremantle Lawn Tennis Club, established in 1922, is located next to Parry Street and comprises a club building, ten grass courts and three turf tennis courts. The existing club house was built in 1956.

The Fremantle Bowling Club, established in 1896, has a series of greens separated by concrete slab paths and a parking area to the north of the club house with access from Parry Street. The existing club house was built in 1958.

The redevelopment will include the demolition of the existing tennis club and bowling club buildings but the greens retained. Two new synthetic tennis courts and a new synthetic bowling green will also be installed.