Where and why are the road closures necessary?
Will the proposed road closures reduce the trafficable roads?
What is the history behind the land?

Where and why are the road closures necessary?

To protect the landscaped areas and gardens (shown in green on the map) the City is proposing to amalgamate them into the Monument Hill Memorial Reserve. 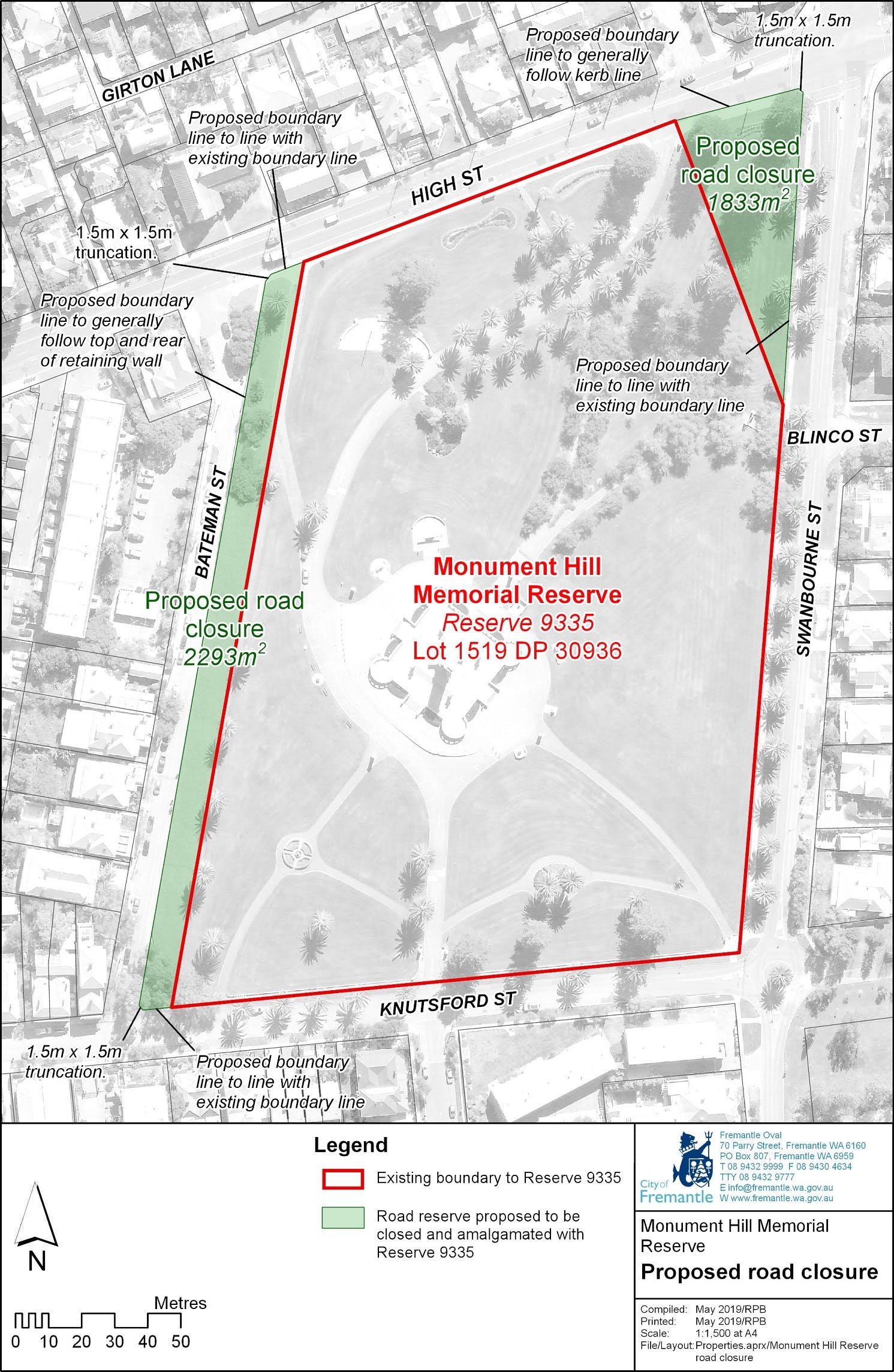 As they are currently road reserve it requires applying to the Minister for Lands for a partial road closure in accordance with Section 58 (partial or whole public road closures) of the Land Administration Act 1997. This must be advertised for at least 35 days to allow public comment.

These areas are already landscaped and the surfaced roadway will not be affected by this proposal.

Will the proposed road closures reduce the trafficable roads?

No.  The proposed areas are landscaped and appear as part of the reserve. The surfaced roadway will not be affected by this proposal.

What is the history behind the land?

Originally the land contained within the current day Reserve No. 9335 had an obelisk constructed at the summit in 1874 for the purposed of a "trig" providing a service to surveyors and navigators (known as Obelisk Hill). A map dated in the 1880s (see figure below) appears to have similar boundary lines as we see today with a triangular portion left as road reserve. 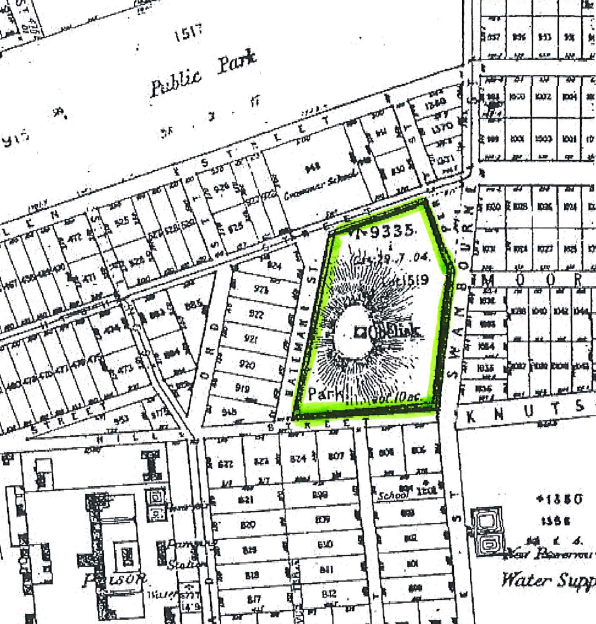 The land was vested as a reserve for the purpose of a public park on 20 July 1904 under the name of "Obelisk Reserve". The obelisk was replaced by the War Memorial in honour of Fallen Soldiers’ and Sailors’ with an unveiling ceremony on 11 November 1928.

Over time the landscaping encroached onto both the road reserves at the north eastern corner of Swanbourne Street and Bateman Street between Knutsford Street and High Street on the western side of the reserve. This report proposes to formalise and protect the landscaped lawns and gardens by incorporating them into the Monument Hill Memorial Reserve.