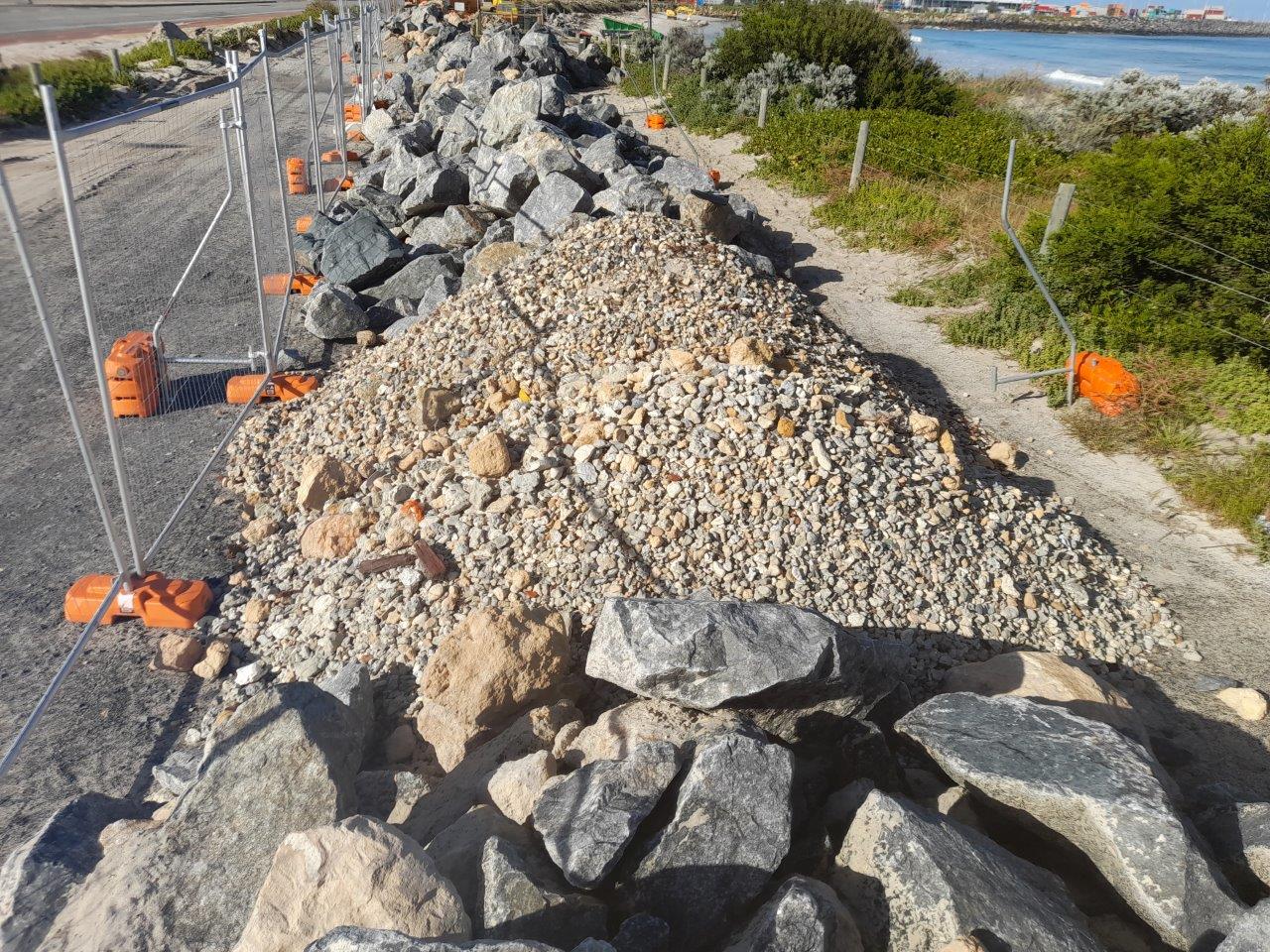 Phase 1 works are underway at Port Beach, with the contractor commencing the removal of the remnant seawall and sand screening for rocks at the southern end at Sandtrax. Whilst the extraction program is progressing, more remnant seawall rocks have been uncovered outside the anticipated locations. Along with unexpected weather conditions, where two October storms significantly impacted the project site, progress at the southern end has been slowed.

The contractor is expected to complete the works at Sandtrax towards the middle of November before transitioning to the northern end of Port Beach (opposite Coast restaurant). Sand screening for small rocks will then progress southwards along the beach and shoreline to meet the Sandtrax end and it is anticipated this stage will take 2-3 weeks, with the program of works being fully completed in mid - December.

As part of the Phase 1 program of works, the contractor is targeting priority areas where rock is known to accumulate, identified through previous investigations, observations and public feedback. It is expected that not all rock will be able to be removed from some areas, due to its location such as in deeper water. Rock can also be transported back into previously screened areas by the natural processes of a dynamic coastal environment such as Port Beach.

Rock extracted from Port Beach is being temporarily stockpiled at Sandtrax