Dick Lawrence Playground is now open to the public, the playground is the latest in a series of local park and playground upgrades as part of the City of Fremantle’s ten-year playground renewal program.

The dramatic overhaul of the play equipment was funded with a $180,000 grant from the federal government’s Local Roads and Community Infrastructure Program. 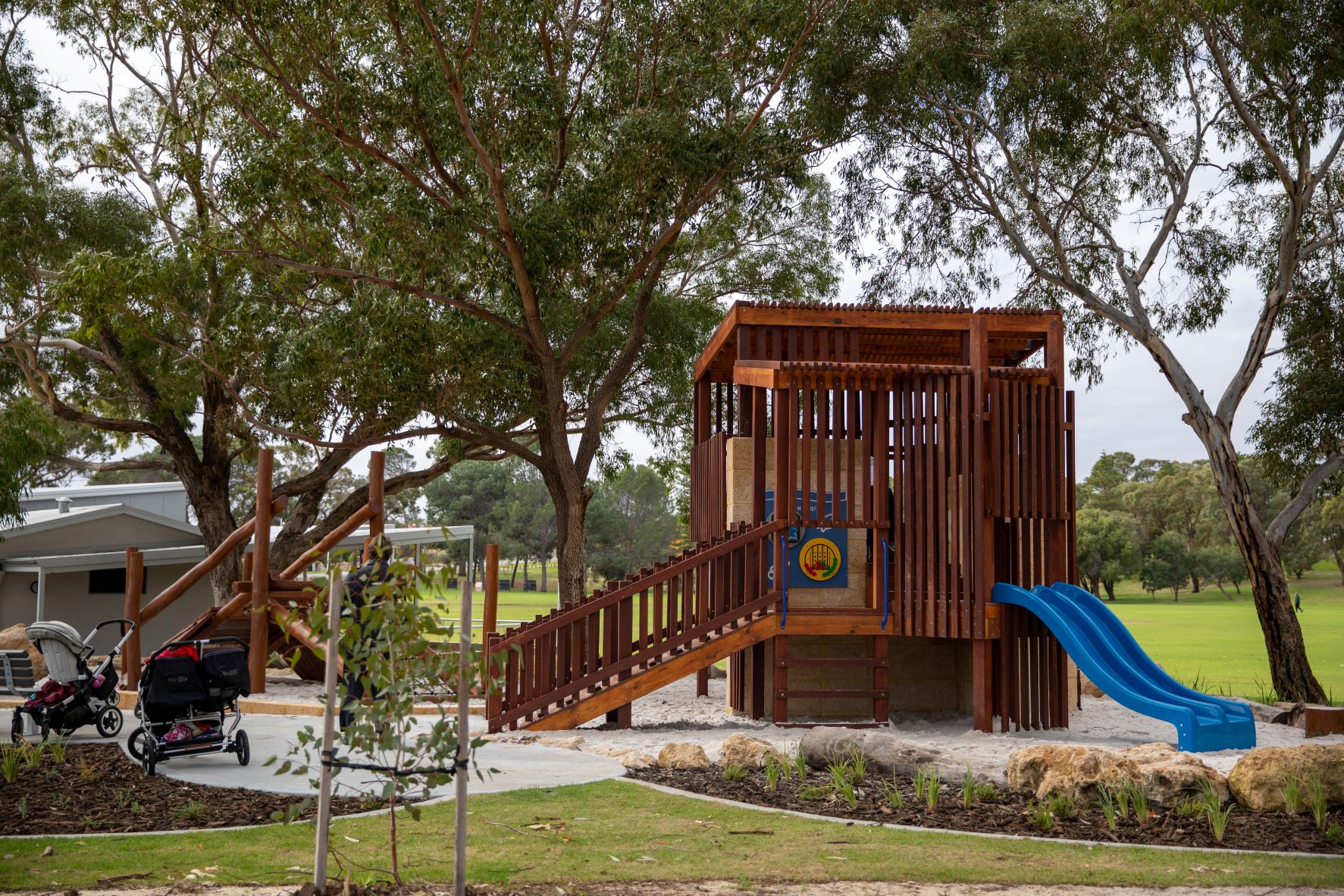 The City would like to thank the community for their input throughout the various stages of our engagement process which included surveys on the My Say Freo website, drop-in sessions at the oval, discussions at the Beaconsfield Precinct Group, letter drops to neighbouring residents and feedback from local schools. Your engagement helped create a playground with a mix of nature play elements and more traditional equipment, with lots of climbing to provide a fun challenge for children of all ages.

It also has a large custom climber offering a variety of net and climbing challenges; nature play elements including balance beams, steppers, timber poles, logs and boulders; a sand play table with sand pulley and seating logs; an accessible basket swing and a xylophone for percussion play.

Other upgrades include new landscaped garden beds, accessible picnic tables and a wide accessible concrete path linking to nearby ACROD parking. A brand new accessible barbecue will be installed in the coming weeks.

We would also like to thank the community for your patience during the project delays, The City’s Parks and Landscape team and our contractors LD Total, Nature Playgrounds and Nature Play Solutions have done a great job. You can see more images from the Dick Lawrence Playground Opening in our photo gallery. 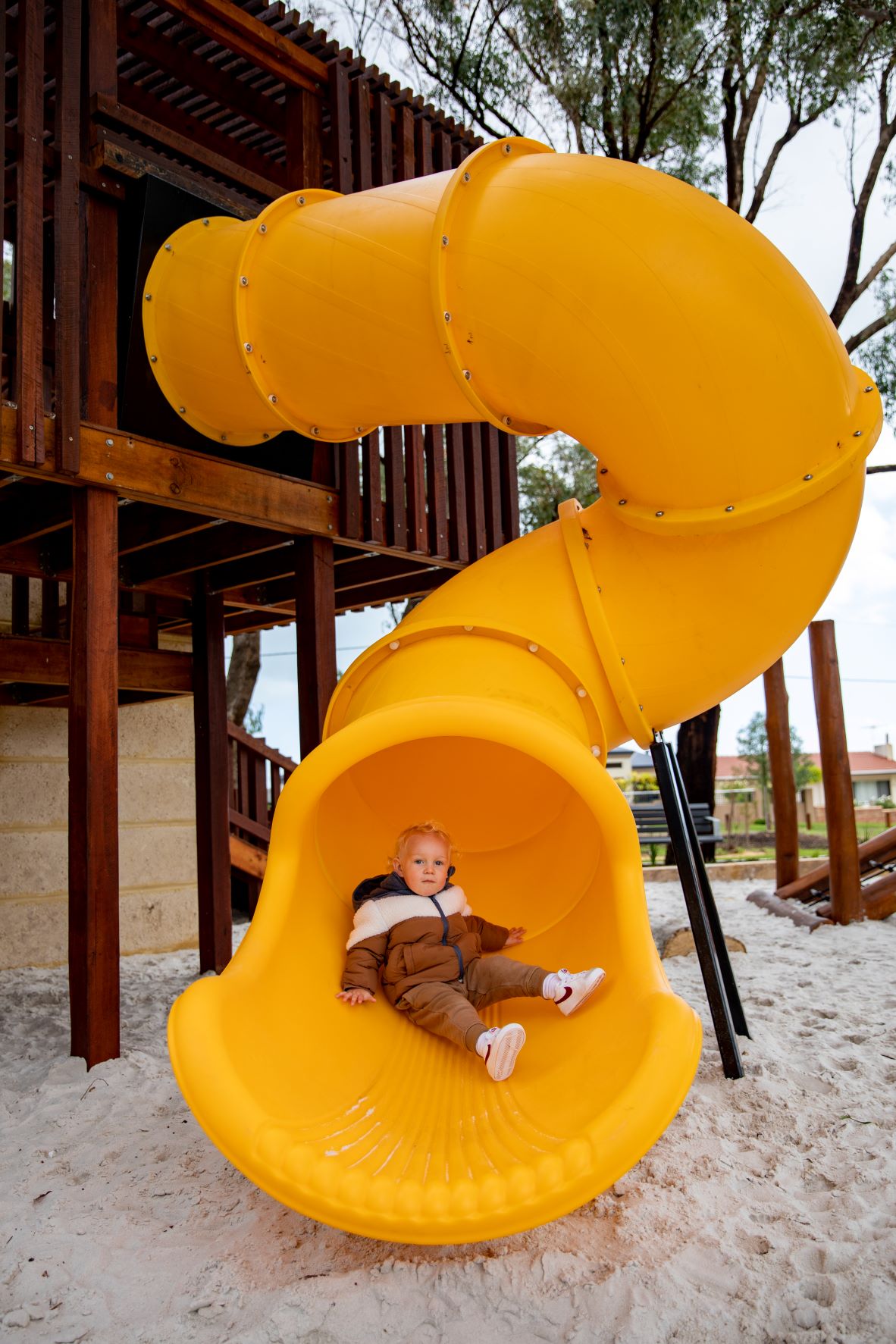